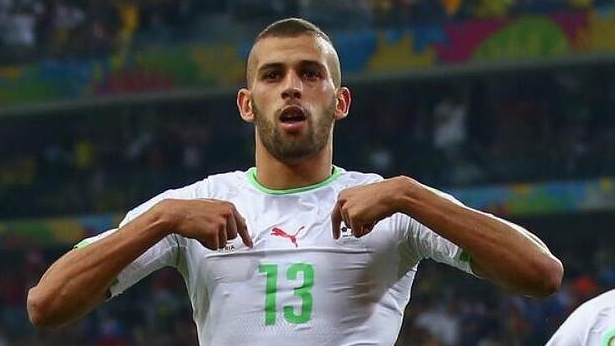 On July 1st, the United Nations applauded Saudi Arabia for committing to donate $500 million dollars in humanitarian aid to Iraq, which is dealing with the rise of mercenary moves by the Islamic State of Iraq & Syria (aka ISIS, or ISIL when referring to Levant area).  It is the month of Ramadan, where charitable giving and Zakat (Islamic practice of allocating 2.5 percent of yearly income to charity) are on the rise anyways.  But Saudi Arabia isn’t the only country to make the news for donations.

In a surprising twist of the World Cup, Algeria’s national team striker, Islam Slimani, said that the team will donate their World Cup prize money –about $9 million– to the people in Gaza because “they need it more than us.” Non-state actor charity makes a powerful statement.

On June 30th, Algeria faced-off with Germany in the final 16, but lost in overtime.  Symbolically, in the ultimate game theory scenario, the Algeria vs. Germany game earned the nickname “Revenge” because of the infamous 1982 World Cup playoffs where West Germany colluded with Austria to orchestrate a marginal victory by the Germans (avoid a tie) in order to eliminate Algeria from advancing to the next round.  We have all seen the New York Times coverage of the infamous match, so here’s an Arab media reporting of the story by Lebanon’s The Daily Star.

Although Slimani will rejoin the team Sporting Lisbon, most of his other teammates will be making a relatively bigger financial sacrifice by committing their World Cup prize money.

This is important to note given the widely publicized praise for Saudi’s donation to its neighboring country–which may be viewed more as benefiting Saudi’s national security interest. Currently, Saudi Arabia has tense relations with Iraq.  Due to the border security concerns with ISIS, Saudi Arabia has already posted 30,000 of its troops along the shared border, according to Saudi-owned Al Arabiya television.

Here is a quick snippet of Ramadan giving by pita-consuming countries as of July 3rd.  (For more comprehensive data, contact qayyum at pitapolicyconsulting dot com.)

“Some food companies have resorted to opportunism in the past in Turkey, trying to cash in on increased demand by either setting relatively higher prices or selling expired products, among other things. Ahead of this year’s Ramadan, beginning on June 28, fears concerning possible price gouging is pushing the government to increase monitoring of markets and dealers. Consumer unions, meanwhile, are issuing warnings that people be wary of opportunism by some dealers.

Food prices experience artificial increases due to price speculation a few weeks before the holy month of Ramadan every year, Mustafa Karlı, chairman of the İstanbul Food Wholesalers Association (İGTOD), said on June 17, warning consumers not to be deceived by these high prices.”

“Ramadan is here and prices of foodstuff have gone up, albeit erratically. Many customers have noticed that drinks popular in Ramadan are dearer compared to the beginning of the holy month. Others have also complained of an increase in the prices of fruits and vegetables. This may be true in some places while it’s not the case at others.

For instance, prices of vegetables at Khaldiya Co-op have not changed for the past two months, according to the research by Kuwait Times. The same applies for beef and chicken, whose prices have remained the same since May. But a worker at this supermarket admitted that the price of some drinks have increased, while those of sweets haven’t.

Fathi from Ahmadi Co-op noted that the prices at their supermarket haven’t increased during Ramadan. “We have special offers on selected items and for shareholders only. For instance, they can buy a pack of Tang for the cheap price of KD 1.890, and any additional piece will cost the regular price of KD 3.500. They can also buy a bottle of Vimto for 295 fils instead of 720 fils, and so on. So some people may think prices have increased, but it’s not true,” he told Kuwait Times.”

One Response to Who’s Been Giving in Ramadan: #Algeria #Saudi