Not About WHO Is Governing, But HOW # UAE #YEMEN

Pick the Gulf country story you would prefer to read … but only one of them is true. The other is satire.  (Hint: It is story involving the only Arab country that has banned human rights group, Human Rights Watch, is worthy of satire.  The other story is about the Arab country with the lowest human development index.)  But remember, each story contains a little bit of truth. 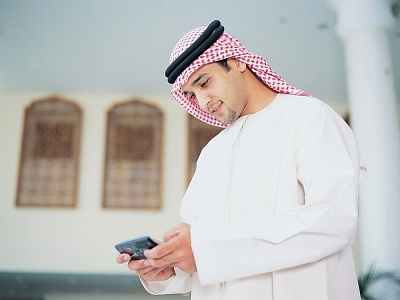 The new app, iBribe, allows users to arrange meetings directly with their local, regional, or state representatives personally and regarding issues that concern them. The innovative technology is being hailed as a break-through by analysts and government officials. Mostly government officials, though. Chief of Police for Ajman, Khaled Rahman, went even further, calling the app “a new kind of national hero” and “the future of democracy.”     [Click here to continue.  If you like The Onion, then you’ll enjoy the Arab inspired/imitated Hummus News.]

Story 2: WHO’s in Control and HOW Did That Happen?

@USDeptState Due to uncertain security situation in Yemen, we have suspended our embassy operations; staff relocated out of Sana’a. ~Twitter account of U.S. Department of State

This morning the U.S. Department of State tweeted that they are suspending their embassy operations in Yemen due to the unrest that followed after the Houthi rebels took power from President Abdu Rabu Mansour Hadi. Yemen hosts a Bizarre Unlove Triangule of a power struggle between the recently organized rebel Houthis, the Yemen tribes predating the modern state, and Al Qaeda– a remnant from the 20th century.

Although the local Houthis control the army, the transnational movement of Al Qaeda still maintains its own set of weapons.  In a province, like Marib, all three forces of Houthis, tribes, Alqaeda exist, persist, and resist… along with oil.

Yemeni journalist and Founder of Yemen Alaan, Nasser Arrabyee, framed the Houthi power takeover in a conversation at Carnegie Endowment Center for International Peace, a D.C. – based think tank.  Arrabyee was by no means praising the Houthi rebels, but he pointed out that it was easier for them to successfully remove President Hadi–Yemen’s second president in 4 years–because the average Yemeni citizen deals with constant electricity shortages.  As a result,

At the same time, Arrabyee advanced a theory that did not draw any pushback from his co-panelists.  He stated that, “All roads lead to Saleh.” Although ex-President Saleh was ousted in Yemen’s 2011 Arab Uprising, he doesn’t want to lead again.  But Saleh can’t let go, so he is believed to be supporting the Houthi rebels.  He wants power for his sons.  This is just a perspective reported in some other Gulf country media outlets.

At the end of the day, Yemeni civil society is more concerned about how their country will govern itself, rather than wrestling with Al-Qaeda, “It’s about governance as it was back in 2011 and now,” according to Nadwa Aldawsari, Executive Director of the Sheba Center for International Development.  Aldawsari’s core research looks at Yemeni tribes and their political dynamics.

Aldawsari added that five governors in Yemen’s southern provinces don’t follow the Houthis.  Instead, the tribes look after themselves since the national government has proven unreliable since September, in their eyes.

Aldawsari and Arrabyee disagreed on characterizing the Bizarre Unlove Triangle.  While Aldawsari worried out loud about the role of tribes in civil society to demand better governance, Arrabyee moved towards a more optimistic conclusion.  Heconcluded that, “Yemen is going in the right direction…although it’s a long one.”  What both did agree on was that, in Yemen, it’s not about WHO will lead, but HOW… and will they form a government with parliament?