The Annual United Nations General Assembly Summit is convening in New York.  The good news: the UN Secretary General –the highest office within the multilateral organization–Ban Ki Moon expressed support by looking forward to raising the Palestine flag like other nations. 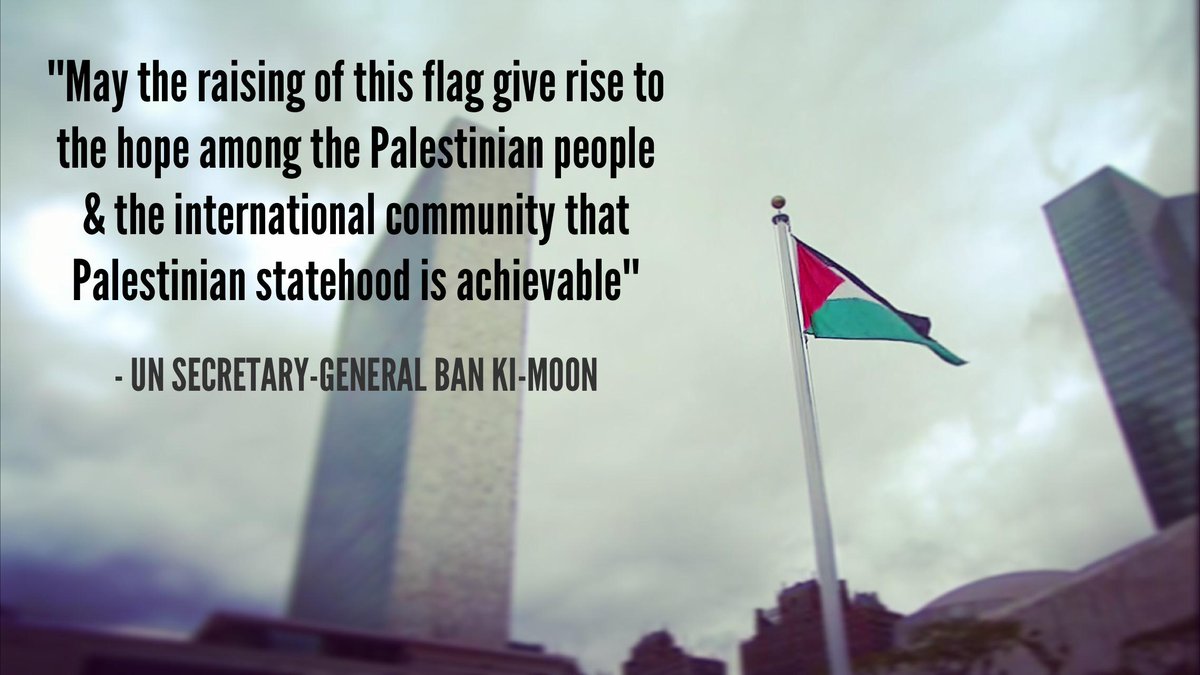 However, the UNGA also feels like a series of severely awkward moments where many world leaders use their speeches to deliver “truthbombs”, true statements that do not bear any semblance of diplomacy.  Here are some prime examples:

“We won’t forget the past but we do not want to live in the past.”~Iran’s President, Hassan Rouhani

“Bashar al-Assad is the source of the problem. He cannot be part of the solution,” Hollande says. “Just because a terrorist group also carries out massacres doesn’t mean that pardons or amnesties the regime which created this situation…You can’t make the victims and the executioner work together.”~French President, Francois Hollande

At the same time, other world leaders deliver what they believe to be “truth bombs”, but are in fact, devoid of historical accuracy.  Here’s a prime example:

“Ladies and gentlemen, check your enthusiasm at the door…It makes war more likely.​”~Prime Minister of a nuclear power that did not sign the Non-Proliferation Treaty and disapproves of recent nuclear deal (formally known as the Joint Comprehensive Plan of Action) with Iran– which did sign the NPT.

Getting back to severely awkward moments, the most striking would have to be between U.S. President Obama and Russian Premier, Vladimir Putin regarding the Syrian crisis.

“…we should acknowledge that no-one except for Assad and his militia is truly fighting Isis in Syria.”~Russian Premier Vladimir Putin

“In accordance with this logic (Putin’s), we should support tyrants like Bashar al-Assad who drops barrel bombs to massacre innocent civilians because the alternative is surely worse,” ~ U.S. President, Barack Obama

Putin may have co-opted #SyriaCrisis to flex geopolitical muscle, but Assad co-opted #Russia to do his dirty work.  Why do we say this?  Bashar Assad called Vladimir Putin to request military assistance to deal with the Islamic State (IS, ISIS, ISIL).  Moscow’s airstrikes against the IS/ISIS/ISIL were not to protect Syrian civilians, but to protect Russia’s own airbase — which is based in Latakia — as well as target Assad opponents in #Homs.

In 2011, Homs emerged as a base of opposition to the Assad regime before the Syrian uprising accelerated into all out conflict.  In fact, Homs’ citizens –like the citizens of Aleppo, Douma and the Idlib district (northwest of Damascus)  — have experienced barrel bombing as early as August 12th, 2012 and as recently as August 8th, 2015.  It is no coincidence that the Assad regime also launched barrel bomb attacks on Deraa, the first town in Syria that called for “Down with the regime!” back in March 2011.

Moreover, before any discovery of “IS” elements, Assad’s military had carried out chemical attacks in the following areas based on United Nations Mission to Investigate Allegations of the Use of Chemical Weapons in the Syrian Arab Republic Report on December 13, 2013:

In 2012, chemical attacks served as the original “red line” that triggered the U.S., France, and the U.K. to call for Assad’s removal from power.  Three years later, this position remains the same with the additional point of approaching Iran, Syrian regime’s historical ally, to deal with Syria.  At the UNGA, the French president said that “the route to a solution does not go through Bashar al-Assad” but we will work with Iran.

The Assad regime has served as a key customer of Russian arms as far back as the Hafez Assad era in the 1970s.  Russia’s state owned arms exporter, Rosoboronexport, has sold military vehicles and small arms where Syria paid a 100 million dollar advance in 2013.   As mentioned, Russia has a base in Syria, which it is keen to safeguard.  In addition, Russia leases a naval facility for military purposes in Syria’s coastal city of Tartous.

By the second week of September, Russia admitted that it was providing military assistance to Assad.  Now, at least seven attacks have hit Syria in the name of destroying ISIS/IS/Daesh.  However, none of the eastern side of Syria, which served as the entry point for ISIS to enter Iraq,  has been struck.  Note: the consequences of ISIS entering Iraq have resulted in 1) occupying Iraqi military bases, 2) displacing local governing authorities in Diyala, Mosul, Irbil, Fallujah, Mount Sinjar, and Qaim and 3) the ethnic cleansing of Yazidis and Kurds– not to mention compounding the existing refugee crisis.

Russia is using about 50 helicopters and planes for its Syria strikes, according to the Russian Defense Ministry.  By day two of the Russian air strikes, Russia’s military assistance went beyond protecting its airbase in Latakia and targeted Homs and Hama to destroy IS.  Yet, about 30 civilian deaths feed into the death toll of alleged Islamic State targets.  In a sense, one may echo what U.S. Defense Secretary Carter described Russian airstrikes:

As famed comedian Azhar Usman noted, “fighting fire with fire is a ridiculous response because this just produces MORE FIRE.  In a related development, Iran has been reported to preparing a ground attack in Syria.  However, this report has been circulating for the last three years.

“There are two options for a settlement in Syria. One option is a political process … where there would be a transitional council that would have executive authority … and that’s the preferred option.  The other option is a military option which also will end with the removal of Bashar Assad from power.” ~Saudi Foreign Minister, Adel Al-Jubeir

The U.S., French, and U.K. interests in seeing Assad removed from power overlap with the Middle East regional powers of Saudi Arabia and Turkey.  Each of these powers is on speaking terms with Iran, except for one major player…(Saudi Arabia who remains wary of the P5+1 Deal)… yet, Iran may be the more direct link toward getting Assad to stepping down, as highlighted in Saudi’s preferred option in ending the Syria Crisis.

Saudi Arabia (along with other Gulf States) have financially supported various opposition groups in and around Syria.  But not all opposition groups followed the same path.  For example, the Jabhat Al Nusra Front turned out to be more violent and disruptive as they raid Syrian towns.

In another example, the Free Syria Army operated distinctly and supposedly made up of more local Syrians who only target Assad’s armed forces.  Apparently, Russia distinguishes between the IS and other opposition groups.

“The Free Syrian Army is not a terror group,” stated the Russian Foreign Minister.

On one hand, he is implying that Russia is not targeting it since Russia claims that they are surgically carrying out strikes against IS.  In all fairness, a coalition comprised of the U.S., Bahrain, Saudi Arabia, Qatar, Jordan, and the UAE have carried out airstrikes against ISIS in Iraq since September of 2014 upon Iraq’s request.  Hence, Russia uses this campaign to argue that Russia is targeting ISIS too.  On the other hand, one may ask why the Russian airstrikes are targeting Homs and Hama–areas where the Free Syria Army had organized.

Two of Thursday’s sorties were against a rebel group trained by the CIA, ~Hassan Haj Ali, of the Liwa Suqour al-Jabal group.

The FSA received U.S. assistance as the moderate group selected to fight back against the Assad regime’s oppression.

“Russians are fighting alongside the Syrians, to destroy not just ISIS but all of the other rebel groups in Syria,” the Syrian Ambassador to Russia, Riad Haddad told an American news station.

At the end of the day, it is hard to believe statements when such statements do not match with actions.  Actions, not statements, continue to raise the Syrian death toll from 250,000… and counting