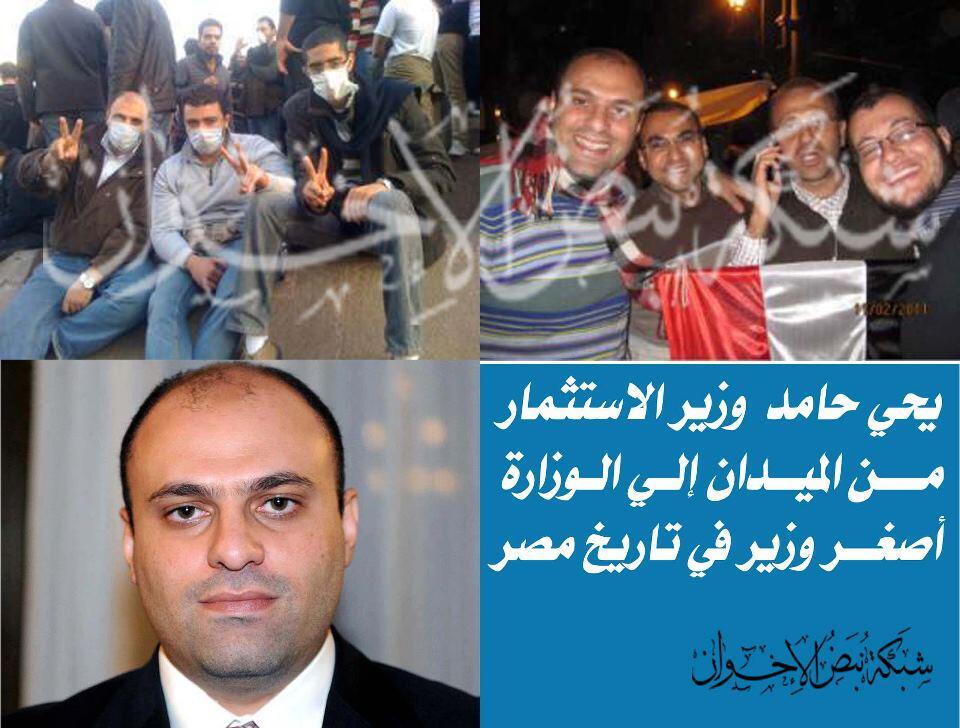 Egypt appointed a new Minister of Investment: Yehia Hamed, age 35, from the Muslim Brotherhood party. Hamed is the youngest Minister in the country’s modern history at 35.

It’s important to note that Hamed participated in Egypt’s January 2011 revolution, and represents an age demographic that voiced strong opposition to the status quo regarding civic and political life.  PITAPOLICY found  some great opinions over Twitter on whether this appointment represented a positive development, overly optimistic, or uncertain.  For example, Yasser El-Shimy who tweets as ‏@Underreported,  is more wary of this appointment–and not because of Hamed’s political party affiliation.

But the question of experience needs more clarity.  Experience can mean many things…professional experience, political experience, or life experience.  El-Shimy, like many other Egyptians, raises a valid concern about inexperience.  Having a less experienced appointee in a sensitive position literally translates into concern about Egypt’s present investment climate. and  Also, given that Egypt’s economy is struggling with unemployment, inflation, falling investment, currency reserves, and the recent IMF loan negotiations fallout, Egypt’s younger demographic must still worry about Egypt’s future in attracting foreign direct investment.   Perhaps, it IS more fitting to have an appointee from the generation that MUST be more engaged on investment issues because his “thirty-something” generation represents the biggest stakeholder in Egypt’s investment future.  Plus: it is not like Hamed’s predecessors solved the investment problems in Egypt with their advantages of cronyism–errrr we mean “years of experience” and professional networks of advisers.

A cabinet reshuffle was announced on Tuesday morning after days of expectations, although it is not expected to appease opposition demands.

The new reshuffle included nine ministers, at least three of which are prominent Muslim Brotherhood figures, namely the ministers of agriculture, investment and planning and international Cooperation.

Key ministers involved in Egypt’s ongoing loan negotiations with the International Monetary Fund were replaced, including all economy ministers and the minister of petroleum.

Negotiations between Egypt and the IMF over a $4.8 billion loan have been stalling for several months, with the international lender requesting more rigorous expenditure cutting measures in the economic reform programme proposed by the government.

The IMF was reportedly doubtful of the government’s ability to reform a costly fuel subsidy regime. New Minister of Petroleum Sherif Hadarra is reportedly very close to the Muslim Brotherhood.

Other economic files, including the Ministry of Planning and International Cooperation and the Ministry of Investment were given to influential Brotherhood members Amr Darrag and Yehia Hamed respectively. Hamed was one of the spokesmen for President’s Mohamed Morsi’s 2012 electoral campaign.