The United States Institute of Peace (USIP), the National Defense University (NDU), and the Iraqi American Community Center (IAC) hosts H.E. Mr. Saleh al-Mutlaq, Deputy Prime Minister of the Republic of Iraq, and members of the Iraqi Council of Representatives for public remarks and a discussion on governance, services, transition, and peace and stability in Iraq. Live-stream link will show discussion by Deputy PM followed by discussion by two Members of Iraqi Parliament.

Note: Al-Mutlaq comes from the Anbar province in Iraq.

Al-Mutlaq on US relationship and security

Note: ADCI-VOCA, a US international consulting firm focusing on agricultural development, working in Iraq since 2003, organized townhalls to address the capacity building issue, or what al-Muqatal described as “local governance proficiency’.   As a former employee of ADCI-VOCA told PITAPOLICY: it is simply untrue when Deputy PM Al-Muqatal argues that the Iraqi local governance officials lack “proficiency” because they have been trained before and after elections.  Looks like it’s a classic issue of federalism tension versus local governance power. 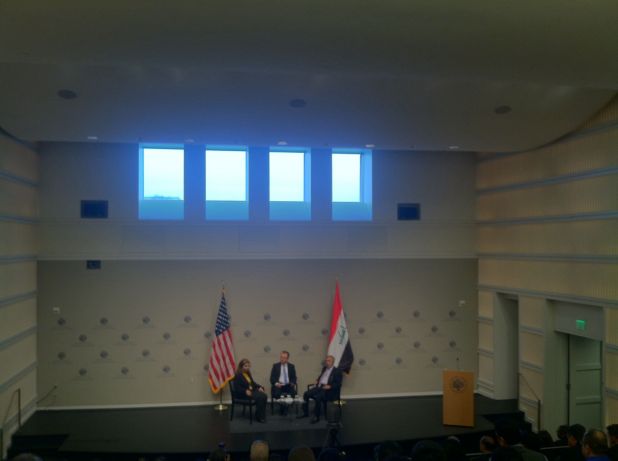